Marital relationships need to understand what is marriage counseling

It does not seem appropriate to call personal relationships like marriage a business partnership. It is something similar. If two friends have set up a business, it commences with great dreams. Later, with time, the initial enthusiasm fades. What appeared to be roses alone are now found to abound in thorns too. Such is the nature of life, anyway. Conflicts during the marriage could relate to physical and mental problems, money, children, substance abuse, relationships, and even end in divorce.

Before the problem gets severe, it is essential to seek help. If both the man and the woman understand what is marriage counseling, perhaps more marital unions in society would have happy endings. Though couples wish to live happily ever after as in fairy tales, too many separations and divorces now endanger the community and the next generation.

Medical science has reached very far, indeed. A close understanding of the workings of the human mind facilitates a lot of improvements. Changing the personality and behavior to accommodate more positive approaches is considered possible. A couple that is a victim of substance abuse and given to drinking and violence daily can be rehabilitated by getting at the source of the problems. Just like God never gives up, the marriage counselor, like a learned doctor, would help find a way.

The study of statistics presents many harsh nightmares, but the truth needs to be faced. Cultures differ regarding marital problems, but they exist in every country and religion. Liberated societies suffer just like extremely traditional societies.

Hopefully, the marriage counselor can find remedies for marital conflicts, just like a referee in a football match. Restoring the spirit of the marriage and strengthening relationships, encouraging intense communication, and showing the way to a friendlier attitude are parts of the counselor’s duties.

What happens to detrimental marriages?

Despite all the efforts at patching up broken marriages, it is necessary to accept that separations and divorces will happen. What could be the causes? Perhaps the couple found more compatible partners! Among the attractions could be more money and property or better job opportunities in some other country. The counselor understands when such a point of no return has been reached and may pave the way for the separation. The counselor can hardly be blamed if differences have reached such an extreme pitch. Perhaps the divorce will lead to better lives for both individuals though the old order had to be destroyed in the process.

Like learning lessons in school, obtaining counseling even before marriage has taken place would bring many rewards. Getting mentally prepared realistically for an event that will impact a lifetime is crucial. Premarital counseling throws light on what is to come like preparing for a very long journey. Professional ambitions, money and property, love, and sex are some issues that could be discussed frankly though many would hesitate to open up about their private lives. Research indicates that premarital counseling before marriage does have many positive benefits.

Essentially, what is marriage counseling in India? Does it help?

Either singly or jointly and sometimes with the children in family sessions, the focus is now on the couple and their relationships. Finding some private time is important amidst the daily whirl of professional and social concerns.

Especially when the hubby and wife belong to dissimilar professions like teaching and transport; for instance, communication suffers. The counselor, like a mediator, brings them closer together and removes the obstacles to communication.

What are the causes of behavioral issues or violence, disagreements, and blame games?

The counselor is well versed with the tools to find sources of conflict. Perhaps it is the dominating tendency of the wife who will not hear what the hubby wants. Talking it over is often an easy solution to many minor problems. Accepting that a problem exists is the first step towards solving the problem. That is a universal truth.

Seeking help early before problems get out of control

The same is said about health issues like going to the dentist who advocates regular checkups. Feeling the pulse of the marriage relationship and the home environment, getting help from a counselor at the first signs of trouble would be justified.

Probably, the initial married life is lived in a dream. Some years later, when complexities set in, the scenario sometimes appears impossible. Balancing work and home, money, and children can get too tedious. A consultation or two in the nick of time could become a preventive to worse situations.

Challenges of adjusting to change

Marriage itself was the dramatic change that radically transformed existence and lifestyles!

Changes in jobs and transfers, even retirement and divorce, call for such adjustments to be painful, frustrating, and depressing. The counselor often plays the role of a trusted friend to whom secrets may be told. Many tales of woe that are usually revealed to the priests in the church now have different recipients like the counselor.

The secret is never to give up

As long as love exists, the marriage can be restored by the counselor, no matter what. Time and patience, money, and will be required. Whether it is anger or infidelity, solutions would be explored, and probably everything will be settled amicably.

Neither violence nor money nor politics or deceit can be possible solutions, but the bright light of understanding can resolve disputes. The wonders of science and technology combined with the manipulations of society will find the way. I hope for the best and understand what is marriage counseling and its positive benefits.

View All
Your experience on this site will be improved by allowing cookies.

Please fill the form and we’ll call you back

The Best Online Therapist near you Be The Best In Your Social Circle

E-Book on Mindfullness Worth $100 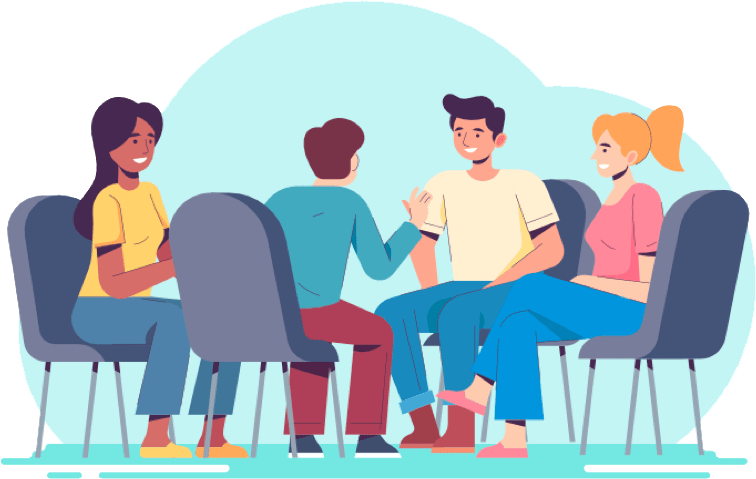